The Stanford Inn and The Ravens Restaurant

I am doing things a little differently this week. I am excited to bring you a “Shooting the Kitchen” style post featuring The Stanford Inn and The Ravens Restaurant in Mendocino, CA. I am going to take you on a little tour of the Inn and restaurant, the people behind it and also include a fantastic gourmet vegan recipe from The Ravens cookbook.

Pour yourself a cup of tea, sit back and enjoy this magical place, The Stanford Inn by the Sea and The Raven’s Restaurant. PS The food pictures and link to recipe are at the end of the post. 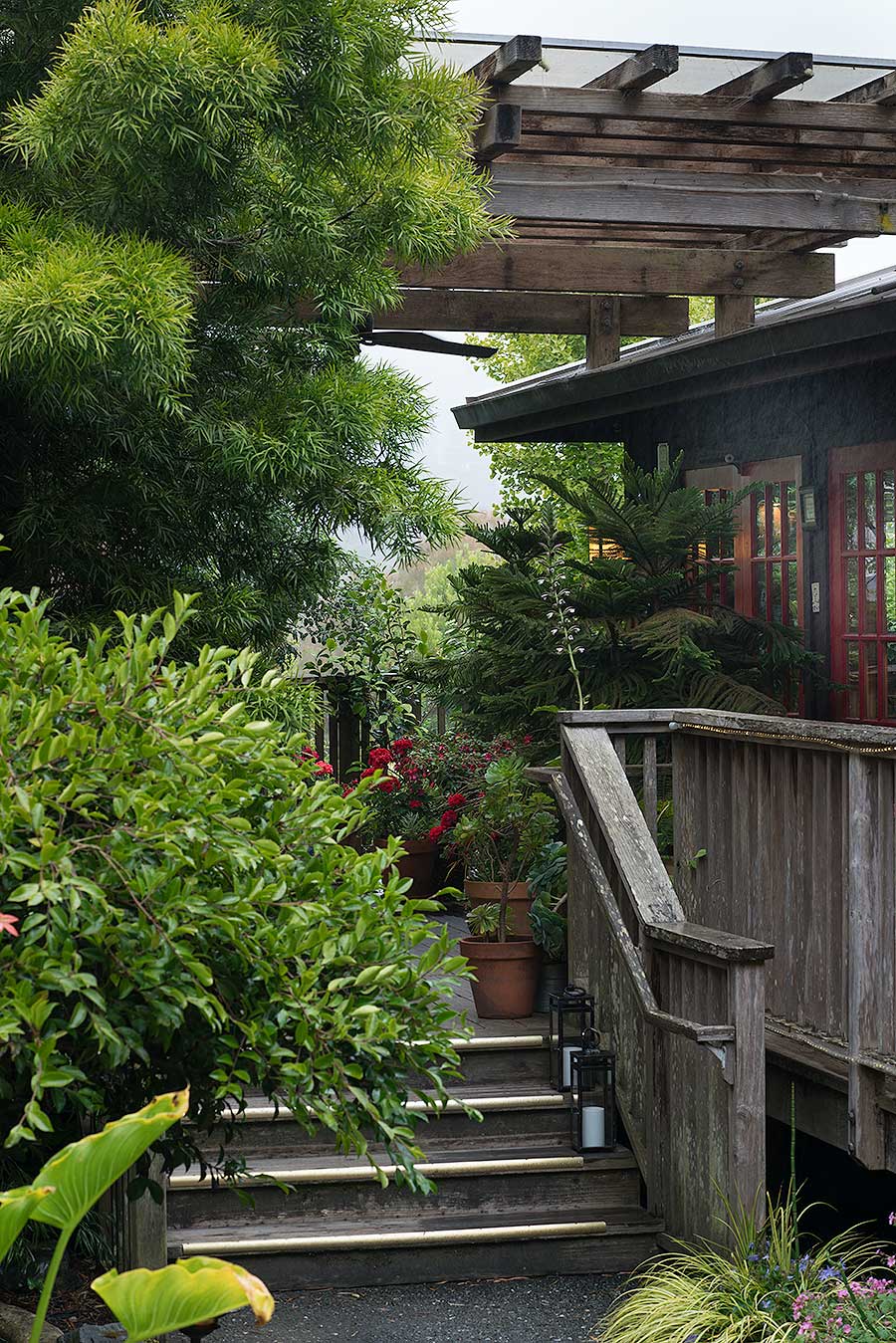 A couple of weekends ago, my husband and I packed up the car and took a little road trip. We haven’t had a weekend away since Christmas and I was really looking forward to a restful, relaxing, healing weekend.

When I started looking for a place for our escape, my first thought was the ocean. There is something so relaxing about water and surf. The methodical rhythm of the waves lulls me into a peaceful place, full of surrender and ready to accept the ancient power embodied in each wave.

I had recently bought a wonderful vegan cookbook, “Dining at the Ravens“. As I looked through the book at the delicious recipes, I realized that The Ravens was The Stanford Inn by the Sea’s restaurant. It is 100% vegan and the quality of the food looked outstanding. It was only about 3 hours away, on the coast in a cute little town called Mendocino. It had the ocean and a wonderful vegan restaurant. It was the perfect place. 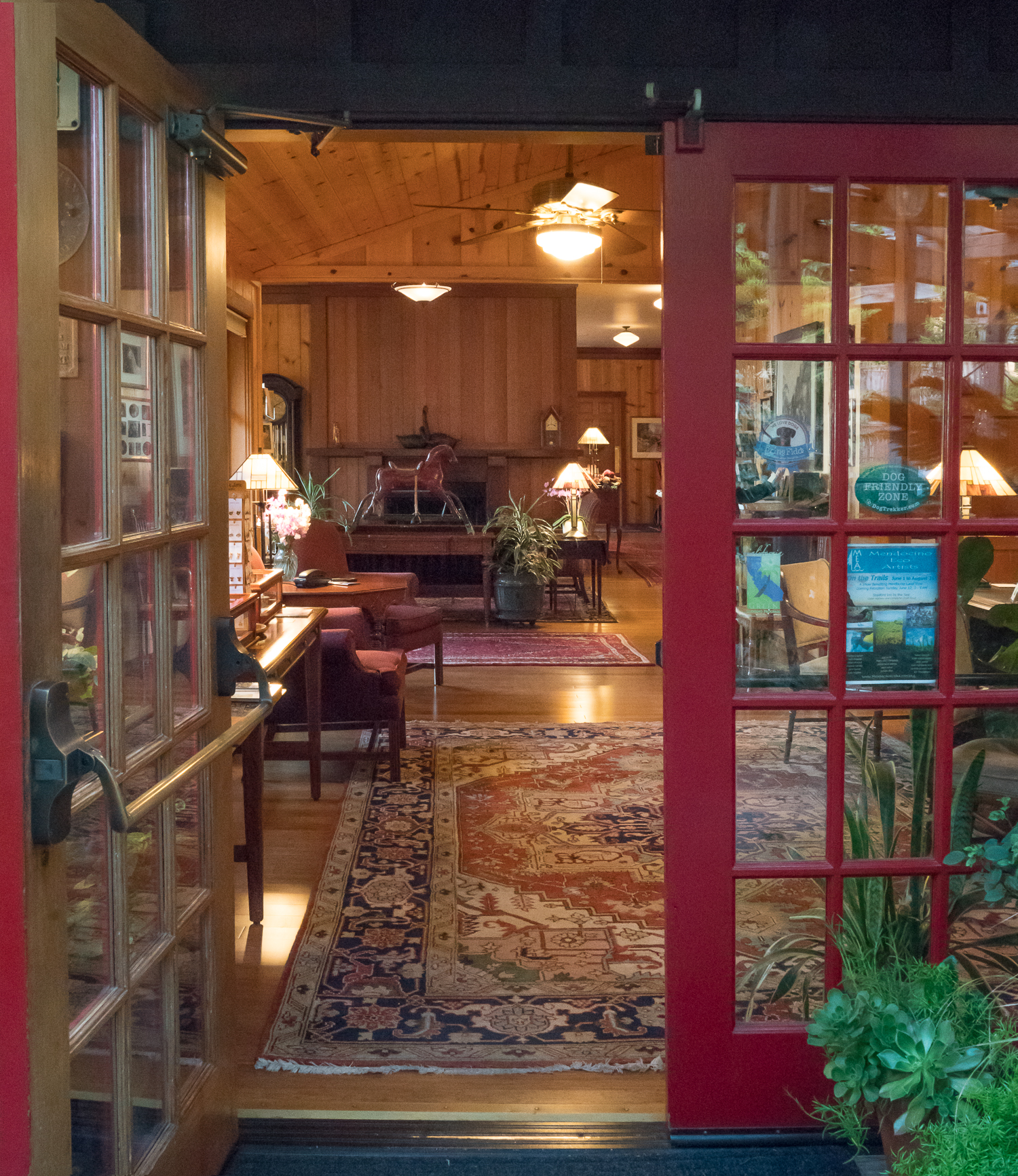 After driving over and hour and a half on 125 miles of winding road through a beautiful redwood forest, a quick jaunt up the coast brings you to The Stanford Inn. Peeking through the fog, the Inn emerges warm and welcoming. Jeff Stanford often talks about the incredible energy that emanates from the property. As I stepped out of the car, I felt it instantly. I had to catch my breath. Pure magic surrounded me as the hair on my arms stood on end. There is no question that The Stanford Inn by the Sea is a very special place. 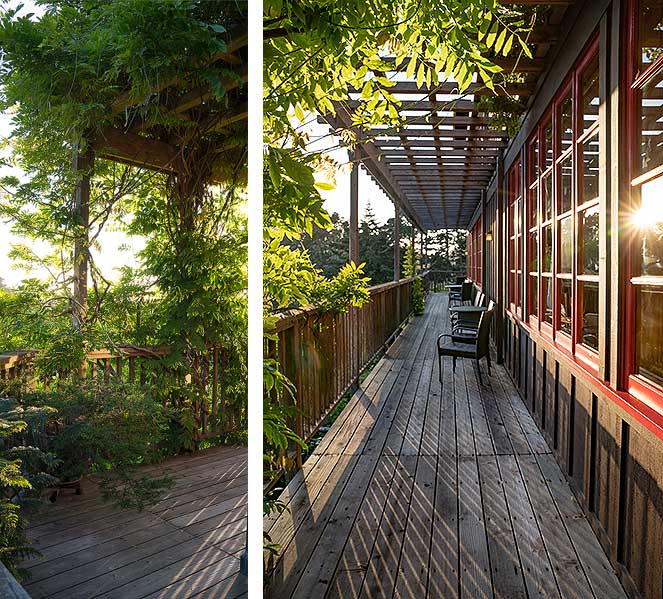 Back in 1980, the Stanford’s were looking for an established, smaller, Bed and Breakfast that held good growth potential. With the goal of creating a world class resort property, they ended up purchasing an established motel, the Big River Lodge in Mendocino. Little did they know that it would be the land and the energy pouring from it that would change not only their lives, it would deliver their dream in a way they had never imagined.

Years later, after pouring much of their own sweat and tears into the property, the Stanford Inn reigns as one of the top sustainable, vegan resorts and spa with their 100% vegan restaurant, The Ravens as one of the crowing jewels.

The Stanford’s are an amazing couple who live with a deep dedication to “living from the ground up”.  They are guided by the principle “to serve the highest and best purposes of it’s guests”. They do this beautifully and with grace. From the minute you walk through the door, you are greeted with warmth and loving attention. As the Inn is dog friendly, Murphy and Ellie, the Stanford’s dogs, might be camped out in the lobby. 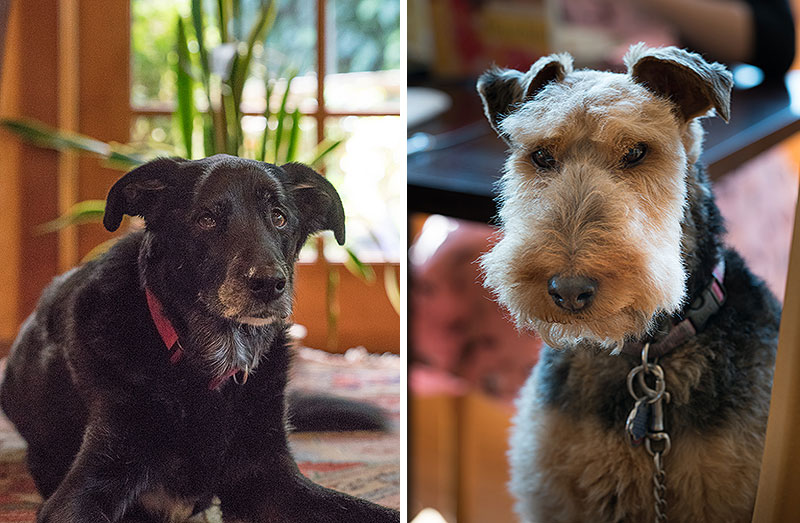 The gardens, a central feature of the Inn, use a combination of biodynamic and French Intensive gardening methods. Raised beds are filled with gorgeous produce, surrounded by edible flowers that not only distract the insects from the vegetables but provide a beautiful accents to some of the finest vegan cuisine around. 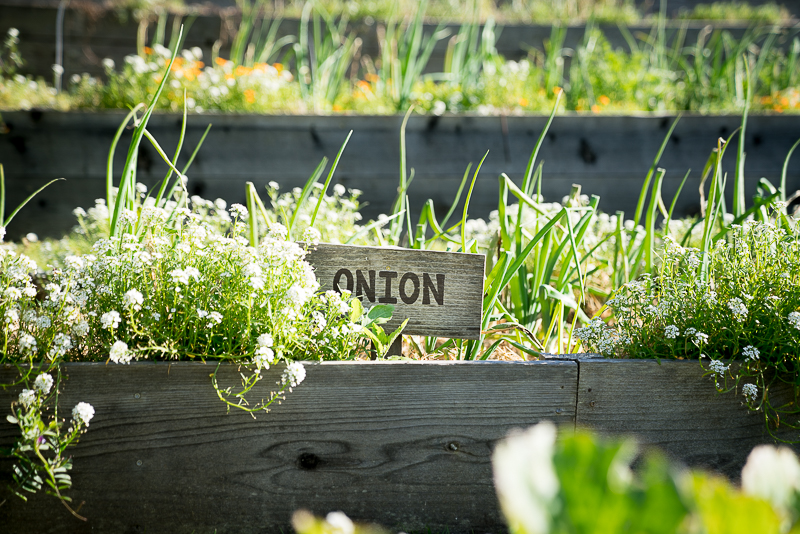 There is an extra special symbiosis between the garden and the kitchen as the head gardener, Clayton, and the head chef, Sadhana, are married. I love the added energy that this brings from the garden to the table. 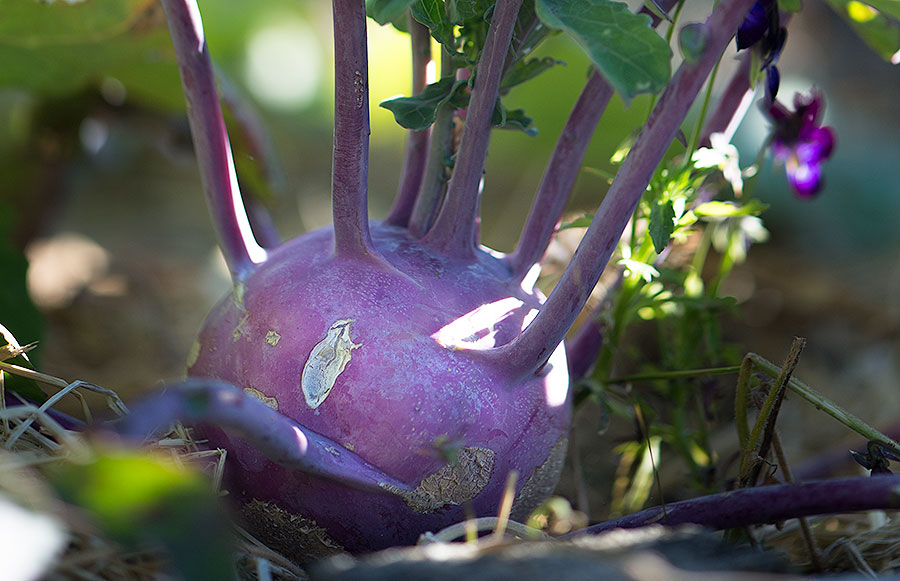 Imagine sitting down to a beautifully prepared, whole food plant based meal that is on par with the finest non-vegan restaurants made from produce that was freshly picked just hours before your meal. 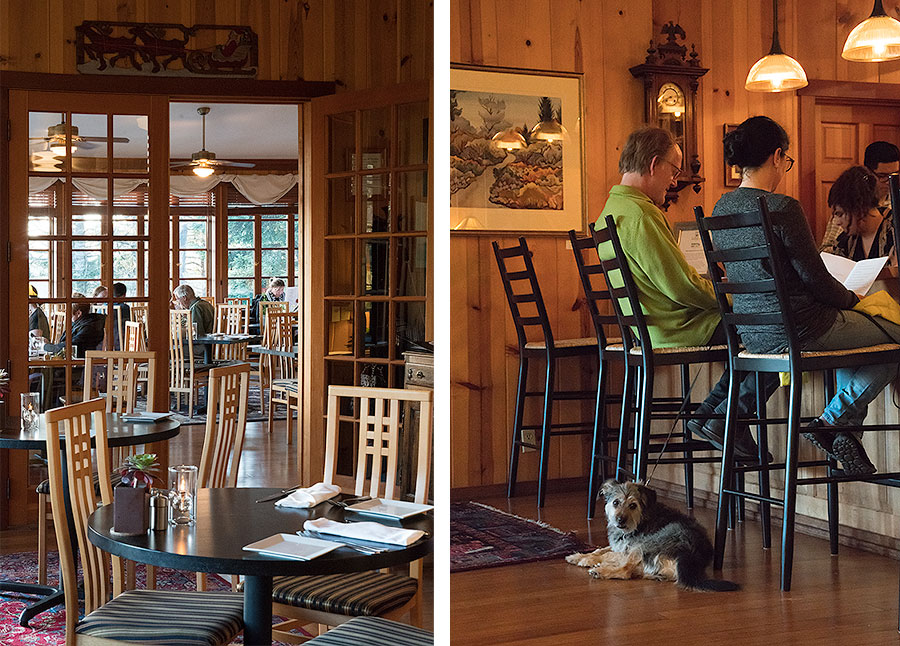 The Stanford Inn is an exceptional inn with an even more exceptional restaurant. The Ravens is completely vegan, but it didn’t start out that way. Jeff and Joan opened The Ravens in 1997 as a vegetarian restaurant but as their awareness of the “nature of eating things” expanded, they found they just couldn’t condone the suffering of sentient beings and the impact on the environment that animal protein requires. Jeff and Joan became vegan and the restaurant followed. 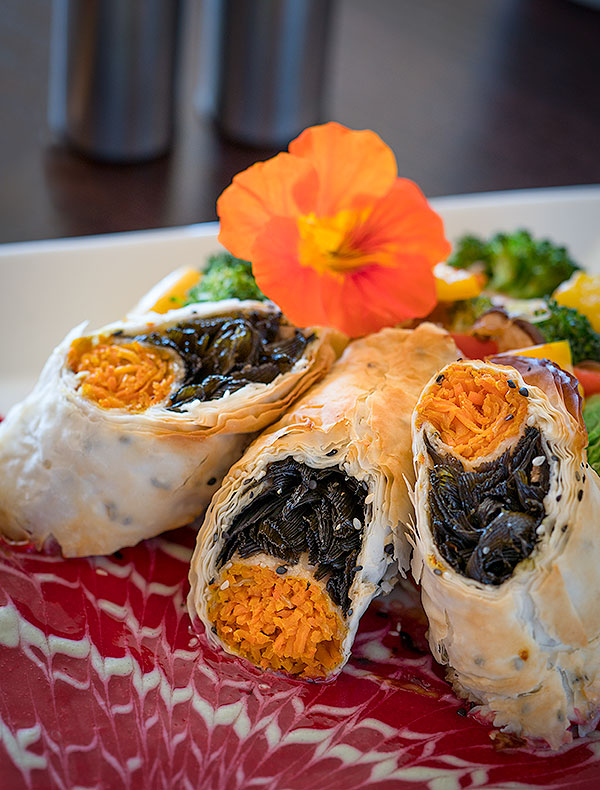 Pictured: The Raven’s Sea Palm Strudel (Recipe can be found in Dining at The Ravens Cookbook)

The food at The Ravens is exceptional. Most of the produce is picked from the organic gardens on the same day it is prepared. It can’t get better than that. The closer to the source, the more nutritious the food. That is what The Ravens is all about. 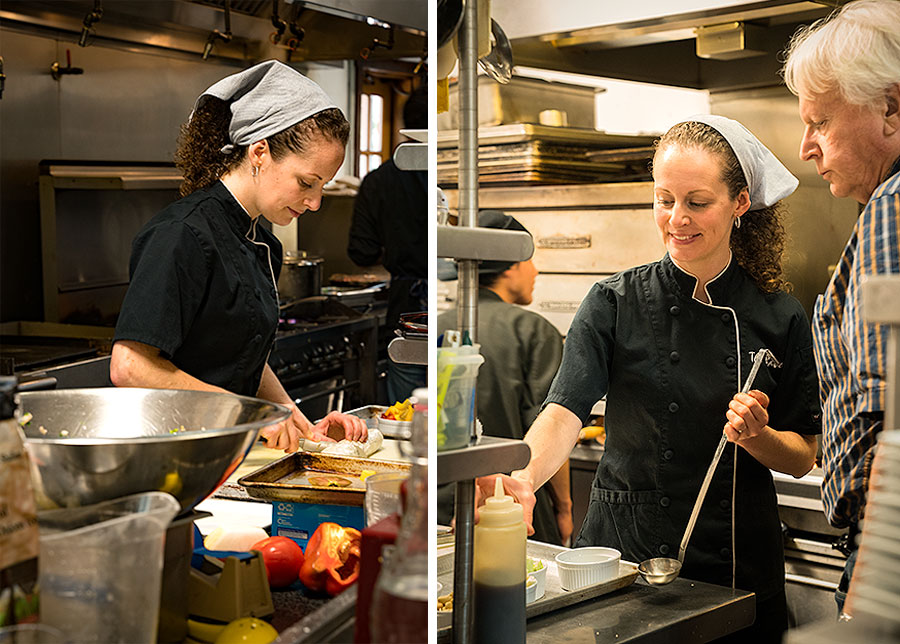 It is much more than growing food in a sustainable, biodynamic way. The kitchen at The Ravens is not run like a traditional restaurant kitchen. Many chefs have come and gone through the doors over the years. As the Inn evolved, so did the restaurant and the kitchen. Jeff and his staff have evolved into a co-creative kitchen that is fascinating to experience.

Sadhana, the lead in the kitchen, is an amazing woman who’s daily spiritual practice is cooking and inspiring others to become healthy and heal. Sadhana is an extremely in-tune chef that I swear can hear the plants talking. She practices intuitive cooking. She has such purpose, and respect for the food she is cooking. When the final dish comes together, all of the energy, from the growing of the ingredients, to the love expressed in preparing the dish, is evident. It is an unusual yet remarkable experience.

Jeff and Sadhana along with the staff co-create the dishes that are served in the restaurant. It is a beautiful model where everyone plays off of each other. Even Clay, Sadhana’s husband and the head gardener on the property, plays an integral role as he often brings staff down to the garden to do some of their own harvesting and learn about the interesting produce that is growing. It creates an environment where the connection to the ingredients deepens and builds a loving connection between the food that is being grown and the people that are preparing it.

You can see many of the cooking videos that Sadhana and Jeff have put together here: The Ravens Cooking Videos. I would highly suggest a visit to the site! 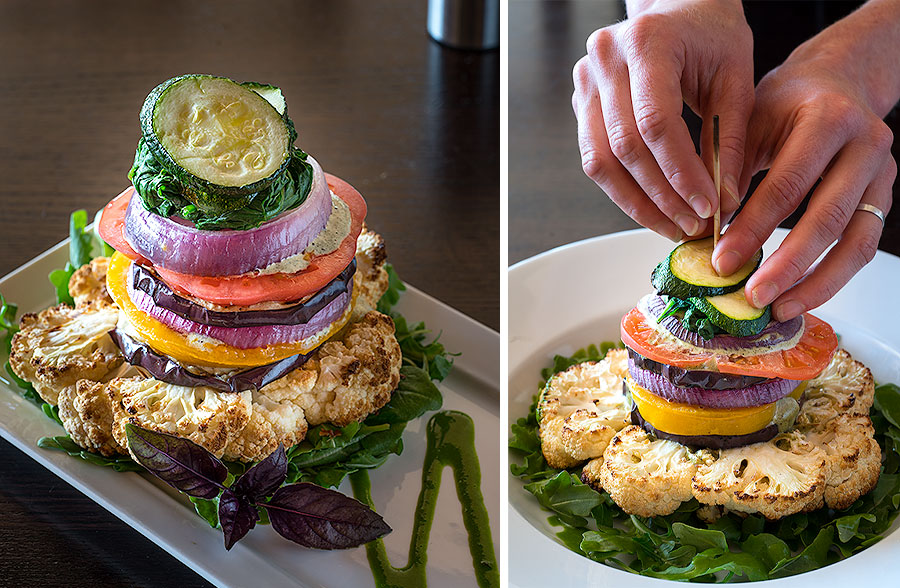 The Ravens serves a wonderful breakfast and dinner menu that changes with what is available in the garden. Lunch is offered also, but you preorder and pick it up. It’s perfect because you can take it back to your room, take it on your hike, or just take it to one of the many stunning bluffs in Mendocino. 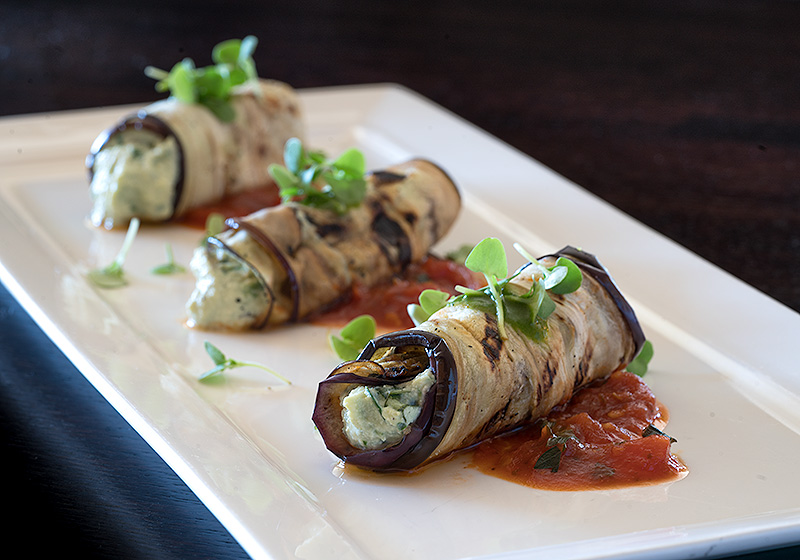 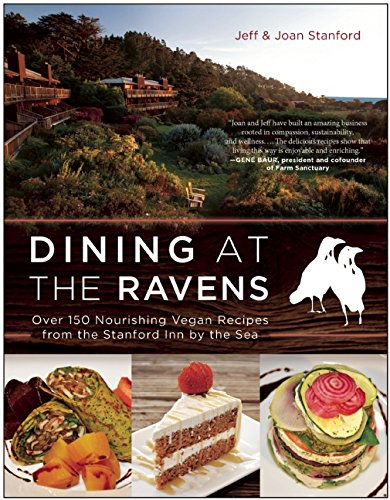 Jeff and Joan have recently published what has become one of my favorite vegan cookbooks, “Dining at the Ravens – Over 150 Nourishing Vegan Recipes from the Stanford Inn by the Sea”. It is great collection of innovative recipes and how I found the Inn in the first place! I You can find the recipes for the dishes I have photographed plus many more spectacular recipes from the The Ravens Restaurant in the cookbook. I wouldn’t be without it in my collection.  Stay tuned, we will also be giving away a copy of the cookbook next week!

The Stanford Inn is also the home of the Mendocino Center for Living Well. It is a holistic, integrated wellness center that not only offers many spa services but more importantly, gardening classes, cooking classes, yoga, Artful Play classes, acupuncture and much more! To learn more and also see many of the wonderful cooking videos posted, click the link above.

The center is headed by Sid Garza-Hillman, the author of “Approaching the Natural: A Health Manifesto” . Sid was my first contact with the Inn and I instantly was drawn to his gregarious, welcoming personality. 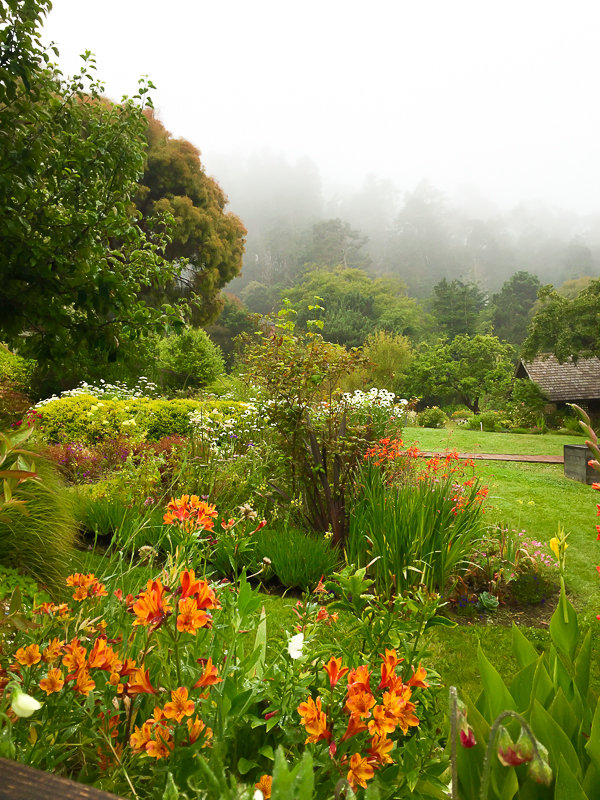 Like everything associated with the Inn, Sid’s journey was meant to be. After 20  years in L.A., Sid and his wife landed in Mendocino because it reminded them so much of Scotland. Sid became a vegan in 2002.

They came for a meal at The Ravens, he was hired as a bartender, worked the front of the house and after becoming a nutritionist in 2008, He now heads up the center.

Joan Stanford has also written an amazing book, “The Art of Play: Ignite Your Imagination to Unlock Insight, Healing and Joy”, which requires and entire blog post on it’s own!  I am hoping to interview her soon. She is also the co-author of “Dining at the Ravens”. 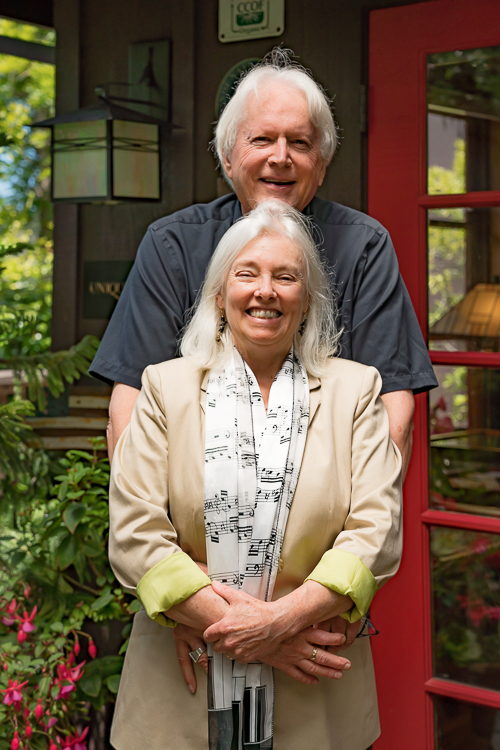 All in all, we had a wonderful weekend. The Inn was magical, the gardens, so peaceful and healing, and the food was delicious, healthy and vegan. If you have a chance, make it a priority to get there. It is an amazing place and I can’t wait to get back there.

*I would love it if you would leave a comment letting me know how you liked this post!

The_Stanford_Inn_1080p from Susan Powers on Vimeo. 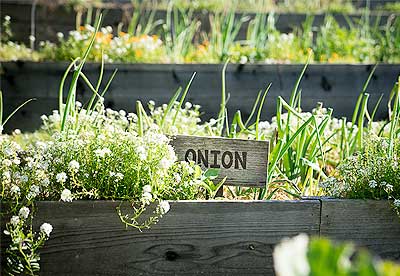